A generation earlier, facing a bully or being a bully had been a part of ‘growing up’. When you face the bully it was meant to teach you to be resilient. As a bullying kid, you were asked to reflect upon your own actions when things go wrong beyond your expectations. In fact, both as a victim and the bully, you were meant to learn from consequences.

Today there is an urgent need to be vigilant about this process because, the bully is now also the kid who is ‘popular’. The bullying happens when kids move about as ‘packs’. They are stronger and most importantly in most cases invisible to the victims. Children have a lot more unmonitored time and they live in the age of cyberspace domination. It is no longer something to be brushed aside as harmless commenting on one’s appearance or rough play. It is time we’ listened’ to our children, investigate the issue and involve ourselves.

In traditional India, extended families lived together and often shared the responsibility for the upbringing of their children. As for now, it would make sense to have a strong parental network that would act as a sub social structure within the social mechanism of the children. When you know on a personal level the parents of the children your child interacts with, it is easier to approach the bully’s parent with a non- judgmental attitude. A collective approach in the upbringing of the kids is very much necessary in an age when parents are finding it hard to give their undivided time towards their child’s activities. Whatsapp is a very friendly app towards this effort. However it only helps to use it as a preliminary and immediate level of intervention. With persistent bullying, it is most effective for parents to approach the issue face to face between counterparts.

Point to note is that the bullying child should not be referred to as ‘bully’. A discussion amongst ‘parents in question’ will ensure that you look for underlying layers to the entire issue. There maybe underlying problems faced by the child who is ‘bully’. At times, may be the child who is victim has conveniently not disclosed some of the things he/she did.

However, whatever may be the reason ‘bullying’ should essentially be discouraged in a firm and consistent manner. This is because it has been proven to have long – term negative effects on both the bully and the victim. Bianca Lorenz in her article alludes to researchers at University of Warwick and Duke University Medical Centre whose published work throws light on a category of kids called the bully-victim who are both the victim and the bully at different times. This category of children is the worst affected and have the most psychological scars in adulthood than the other two. Bullies tend to be less successful and lonelier than their victims in adulthood. Victims on the other hand, although end up with better jobs and more friends in adult life suffer from lifetime issues of depression, anxiety and low self-esteem. Intervention in childhood however reduces long -term problems.

Why do bullies act the way they do?

To counter the apathy of caregivers towards victims and their complaints CBSE in India has put forth some guidelines in lieu with anti- bullying law in schools. It is imperative that parents are aware of these points.

Apart from this, institutions may add further forms of campaign like drama or street plays to generate awareness among students. Parents need to be curious and check with their child’s school if these guidelines are in place. 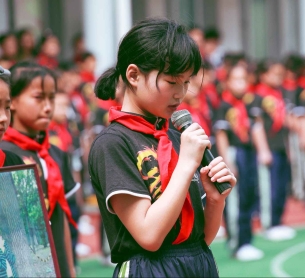 Parents need to be aware that bullying is unpleasant behavior that can be curbed at school level. It is these very children who soon enter colleges where the problem aggravates in the form of ragging. Anti- ragging information video published on Feb 20,2017 will throw light on the gravity of the problem.

Furthermore, the UGC regulations against ragging explain the exact meaning of bullying/ragging in the Indian context. I have directed you here to the 2009  version, as the third amended 2016 regulatory document is currently not visible on the UGC website (which is under construction). The old version gives you an idea though. I shall update as soon as UGC is ready.

As Prof Raj Kachroo, who lost his son Aman to ragging says, “justice is in prevention” and prevention begins when the children are young. It simply has to start within schools campuses and the hearts of vigilant parents.

2 thoughts on “Bullying: It exits! What can you and your child’s school do?”